Were Speakeasies Part of the Government?

Or were Americans significantly less cowardly before FDR?

Imagine a modern speakeasy. Literally about speaking; you're banned for not using racial slurs, and gays and women aren't allowed. Obviously the government will instantly find and vaporize this establishment.

What's so different in the 1920s? Were Americans not snitches? Is there a trick to keeping it on the down low, which they weren't too afraid to find and use? Or were they de-facto government sponsored?

If you give a coward his own battalion, he will only die on the battlefield.
If you refuse to give a great warrior an army, he will merely raise his own.

If you give a poor person a bunch of money, they don't become rich. They just spend it all.
If you take away a billionaire's money, they just earn it all back.

If you give a stupid person a bunch of education, that only gives them more to foolishly forget.
If you try to withhold information from a true scholar, he will become wise just to spite you.

Genius that's worth cultivating doesn't need to be cultivated. You can only repress it through devilish luck or extraordinary effort.
Genius that needs to be cultivated is, by and large, not genius. You have found a pig you want to put lipstick on.

The question is not about potential, it's about whether you want your geniuses to contribute to your society or to oppose and exploit it.

Turns out it's a good idea for other reasons as well, but IMO the above one cinches it all on its own.

Cringey clown world obtains because all the countries are full of cringe people.

The term "sin" glorifies what's wrong far too much. Even calling it a sin is itself thing-often-called a sin, the thing-often-called-a-sin of pride. It's too lame to be called a mistake; it can't harm a fly. You're not upsetting god, you're only embarrassing yourself. Even calling this "rebellion" a toddler tantrum gives it more respect than it deserves. The toddler really means it and doesn't know any better.

This is done in glass. Functionally artificial gemstones, meaning durable and easy to clean. Difficult or impossible for the colours to fade. You could theoretically eat off this plate daily without undue hassle. 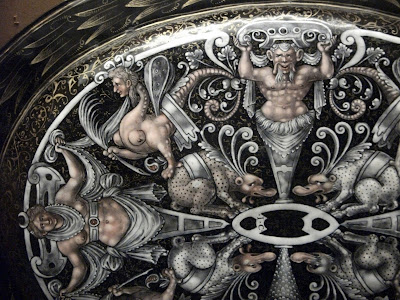 I particularly enjoy the creative expressions, the shading, and the fact they clearly didn't suffer from prudery.

If you want a less whimsical take, here you go. 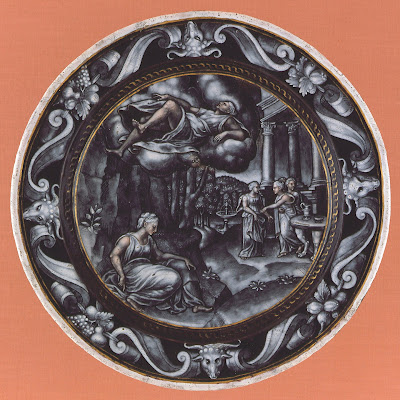 Imagine not being too poor to afford nice plates.

"The historical context provides evidence for their considerable influence, as Athens became more and more democratic during the period in which the sophists were most active."
¯\_(ツ)_/¯

You may be asking, "Hey Alrenous, why is America administered by a bunch of lawyers?" I'm glad you asked.
Quote: "the sophists were the first lawyers in the world." There you go!

The Left consistently ruins its own reputation and has to shed its old labels and adopt new fake labels. Almost like a lawyer or a sophist or something.

The term "Sophist" was one of the first victims of this dynamic.
"Through works such as these, sophists were portrayed as "specious" or "deceptive", hence the modern meaning of the term."

I remain somewhat puzzled by the way everyone just lets them get away with it. Never forget, DNC = Sophist = Communist = etc etc.
Even in recent times, progressive => liberal => neoliberal => woke... Bruh, this is the most transparent ploy. Call them on it already.

Literally, "Sophist" translates as "wisdomist." In other words, never mind changing their spots and getting away with pretending the leopard underneath has changed, why weren't Sophists laughed out of town at first sight? "Hello, we are the incarnations of Hubris." Indeed you are, indeed you are.

Imagine I founded the Virtuous Paragons tomorrow and everyone just took me seriously. Big WTF from me, fam. Shit, why don't I unironically found the We're Better Than You club.

If you want to go digging through the old article versions, you can find the one where they straight denied that Sophists caused democracy, but it smelled so viciously of [the lady doth protest too much] they had to stop. Background: Wikipedia is a terrible liar. When they try to hide things, it almost always merely becomes highlighted...
Turns out you can't exactly hire a top shelf Sophist for $0 per hour. It's all wannabees. Excepting of course the numerous edits that happen to come out of DC, particularly Foggy Bottom. Almost as if they're being paid tax dollars to muddy Wikipedia or something. They seem to focus on celebrities, politics, and religion (but I repeat myself), so outside those areas it's fine.

What if these women are ashamed of being so weak, so they pretend to be strong to hide from their own shame? They think their men deserve women who don't hold them back so much, but Christianity did them dirty and told them there was no way for women to invigorate their wills, so they have no choice but to turn to delusion.

Rectification: you don't want to lose "weight" you want to lose fat, especially low-density fats made out of fructose.

I have mastered weight control but it seems I never actually wrote it down.

Step 1: saturated fats control hunger; a full red-meat-based diet results in essentially no hunger whatsoever. Though you can also just throw some lard on rice or whatever.

Step 2: fasting.
Don't limit calories, eliminate them. Go 48+ hours without eating. Result: fat reduction. Not a result: significant discomfort. For me it results in low energy, but it's not uncomfortable. Indeed can easily go long enough that I get too tired to cook...

Losing weight after saturated-fat satiety is so easy that it doesn't matter at all if you gain it back later. Try not to yo-yo excessively, I guess.

Calorie restriction is weird and bad for you. If you eat, eat until you're full. Maybe don't stuff yourself? However, if you give it a few minutes and you're still hungry, keep going. Calorie elimination is normal and good for you. Indeed if you have a cut or scrape, try not eating for a few days to accelerate the wound-closing process.