To my surprise, I've collected all the ways the government is directly causing America's most serious employment problems, and blaming automation and foreigners taking your jobs. (Logically equivalent to automation.) Alternatively, blaming capitalism in general.

Fun fact: automation increases wealth. More stuff / same number of people = more stuff per person. Alternatively you can make the same amount of stuff in less time, but have more leisure. E.g. 30 hour weeks for everyone, but with the same standard of living as the previous 40.  Equally foreigners. If they're making all your stuff, you can relax or do something else on top of having all your stuff. Of course that's not what we're seeing. The problem is the government has made productive work illegal. 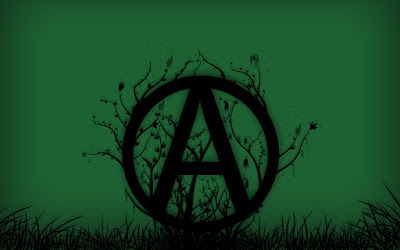 Your wage is price controlled, meaning there's a glut of labour on the market, or equivalently a shortage of jobs. Your employer wants to replace your overpriced ass with a machine, or with foreign non-controlled labour. The wage cut is taken on average instead on each individual, by firing roughly that percentage of the labour force. The government successfully blames this on the automation which the employer uses in response to the anti-human government policy. (Anthrophobic?)

The government is continually raising regulatory overhead. Either your employer sells your widgets for the same price and takes compliance costs out of your wage, or they sell fewer widgets and must shrink, disemploying the lowest productivity employee, which one day will be you. As mentioned previously, you can't take a pay cut, so they have to shrink. The government is continually shifting jobs 'out of the money' so to speak, in this fashion.

Because much of this regulatory overhead is a fixed per-employee cost, there's a very strict band of competitive hours per week for wage labour. Used to be exactly 40 with no overtime, and now it's a half-inch below the Obamacare full time guidelines. When available leisure increases, hours cannot change, meaning the leisure is taken on average instead, just like the pay cuts are taken on average. The unemployed 'benefit' from 100% of the leisure increase, while the wagecuck gets nothing.

In addition, the government simply outlaws low-status jobs from time to time, such as when the EPA's clear stream act made it impossible to mine coal. (Trump is supposed to have reversed it.)

The other price control is interest rate control.
Take out an interest to start or fund a business. Pay 2% interest, because ZIRP. The firm makes 7% profit, and at sufficient scale the 5% is plenty for paying executive salaries and other dividends. The problem is real inflation is 10%, so the firm is actually losing money. Their gross revenues won't pay for new inputs. This is a wealth furnace. They will have to roll a new loan to pay for operating costs, which the bank is only too happy to provide. They're taking valuable inputs and producing less valuable outputs. They're lighting wealth on fire and the resulting heat makes the GDP look good.

Because it's anti-automation, it's less stuff / same amount of people = inflation. Their operations will cause their profits to drop over time, until they go out of business. When enough of these firms go out of business at once, there's a recession. The econometrics catch up to the reality that the economy has been shrinking, and as the metrics quickly move toward reality, it looks like a sudden event. (This is what Mises etc. mean by praxaeology and first principles being superior to naive measurement. If you rely on the econometrics you will never figure out what's going on or how to fix it.)

The bank itself is one of these wealth furnaces. The bailouts show that they indeed go out of business from time to time, whereupon the government subsidizes their operation. Overall it's a complicated scheme for turning taxpayer money into sinecures.

Twitter and Reddit are exactly these wealth-furnace corporate welfare schemes, they will last as long as the government feels like subsidizing them, and exactly that long. That's more or less why they're radically left-wing. There were more right-wing corporate welfare proposals, but the government decides not to subsidize those ones, so they go out of business. Similarly, Twitter knows that if it veers too far right, it will lose the coercive sponsor. By contrast, Gab must fund itself through donations.

Finally, the government is nonproductive, and is now growing faster than the economy in absolute terms, but is still arrogating wealth to itself. Cancer be growing, yo. Meaning, less wealth distributed to the productive sector / same number of people = less wealth per producer. Meaning a pay cut in terms of lifestyle not dollars, instead of a cut in dollars not lifestyle.

As a bonus, as lifestyle drops below the welfare line, previously-productive individuals are shoved into the nonproductive sector, creating nothing but still getting welfare, creating an accelerating positive feedback loop of wage destruction.

Don't forget all these wealth furnaces, which get partial credit for nonproductivity and being part of the government.

Summary.
The automating employer can't choose to make more stuff but with the same people, it has to choose making the same stuff with fewer people. The leisure is distributed unevenly, and involuntarily.

The regulated employer can't choose to make the same stuff but pay you less, so it makes less stuff and must involuntarily distribute more leisure unevenly.

The government directly makes your job unprofitable by growing, involuntarily distributing leisure to you, and distributing wealth away from your slightly more productive peers.

Eventually the government will strangle the economy entirely, and we'll see something like feudalism, state collapse, and, where the voters are really dedicated, famine.

The only reason e.g. China isn't buggering itself these way is because it's busy buggering itself in different ways. When it gets tired of them, it will move on to these sooner or later. Putin resists many of these incentives by force of will. Unless Russians luck out with having an endless series of benevolent psychopaths seizing Putin's position, they will end up buggering themselves like this too.

I begin to speculate that upper-class monogamy substantially slows this process. All this stuff gets you laid, but it's not much use if you're not allowed to get laid by anyone who you're not already getting laid by. Still, the genes think it will create new reproductive opportunities, so it will be pursued regardless, if at a lower intensity.
at 9:33 PM 2 comments: 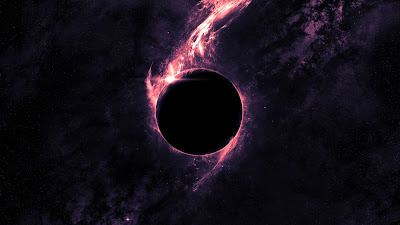 A few consequences: no you don't have to worry about LHC black holes, as it's just regular if superdense matter. There is no information conservation paradox. There is no singularity that needs to be shielded. In other words postwar scientists have managed to make themselves a tremendous amount of unnecessary work.
at 7:14 AM 4 comments: