I doubt it will help, but let's murder Steve Keen a little, just in case I'm wrong. 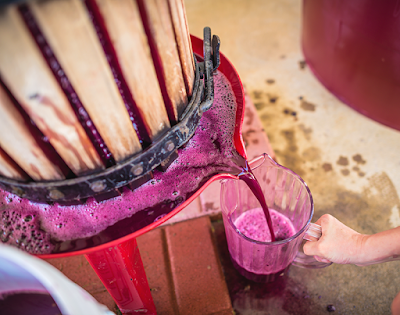 This belief in the advantages of specialization lies behind the incredulity with which economists have reacted to the rise of populist politicians like Donald Trump in the United States, as well as the United Kingdom’s vote for Brexit. They have, at their most self-righteous, blamed the rise of anti-globalization sentiment on the public’s irrational failure to appreciate the net benefits of trade.

Do I see where this is going? Keen is going to flagrantly ignore that price-controlled American labour is competing on a 'level' field with uncontrolled foreign labour. (P.S, he did.) In any case, official economists are shills, they're arguing that proggies should get everything they want. E.g. since State isn't allowed to meddle with domestic affairs, it has to entangle Americans with foreigners, so it can meddle indirectly.

In reality factories are retooled all the time. It's not as liquid as money, sure. Money is a tool specifically optimized for liquidity. Further, regardless of how liquid such things are, the liquidity can be priced into the prospective profit calculation when they plan to build a factory. I guess Keen is signalling that he's such a rarefied academic that the existence of accountants routinely slips his mind.


This is a confusion of monetary capital (which Ricardo, as a stockbroker by trade, knew intimately) with the physical machinery in factories (about which he knew very little).

Keen's list of things about which he knows very little; accountants, ships. Did you know you can put a wine press on a ship, and have the ship carry it to Portugal?


Machinery designed for one industry simply cannot move to any other, even in the same country; but machinery in one industry can (and frequently is) shipped between countries.

What? Oh, I see. Keen's not even wrong. This whole section had no point.


Had there been any English vineyards, they and their attendant machinery would have been rendered worthless and scrapped.

A straight contradiction. Shipping is possible. Also, when convenient, not possible. This is why, when you're engaged in sophistry, it's a bad idea to admit to knowing things. You can pass it off as an oversight if you haven't previously admitted to knowing that machines can be shipped.

Around this time a competent economist would have brought up the concept of shocks. Like any organism, the economy reacts poorly to shocks, no matter how liquid the capital stock under consideration. A sudden opening of trade is a bad idea, almost as bad as a sudden closing.


Whether the aggregate production of wine and cloth increased or decreased now depended both on economies of scale and the macroeconomic effects of changes in trade policy.

This is going to be a red herring, isn't it.

(P.S, it was. Keen does not appear to have any position on what the macroeconomic effects would be, other than that they would be low-status.)

If the Portugese wine fields have good economies of scale, then England would get cheaper wine. (Once the effects of the shock dissipate.) If they don't, then England's wine fields won't get scrapped in the first place.

It's far more likely that Ricardo did think of this, but didn't think it was worth mentioning. Because it wasn't. Keen is playing a dumb gotcha, and dumb gullible half-illiterates are all like, "Yeah, my enemies* should be punished! What Keen said!" *(read foreigners)

>approvingly quoting Krugman
Face, meet palm. I think I need a pad on my desk to avoid head scars.


Ricardo set the standard in a tangential observation about one potential riposte to his case: if Portugal were genuinely better at everything than England, would not English industry simply decamp from England and move holus bolus to Portugal if free trade were allowed? He conceded that it could do so, but then asserted that, if this happened, it would be advantageous not merely to English capitalists but to English and Portuguese consumers as well:

At least this is dumb in a complicated way.

Keen wants you to imagine that Ricardo is hypothesizing that all English industry moves to Portugal, and that the English simply sit around in fine linens sipping wine all day, with no tedious work to be done. Proven impossible by inspection, therefore Ricardo must be insane, right?

Ricardo already proved that this wouldn't happen if the only industries were wine and weaving. Keen did not attack this in any substantive way. Keen must be deliberately omitting critical context, to form a bait-and-switch.


On the issue of the relocation of production from high-wage First World to low-wage Third World countries, modern economists have pushed Ricardo’s Vice past even Ricardo’s limits. While he did contemplate the possibility of capitalists moving production offshore, Ricardo was of the opinion that this was both unlikely and undesirable:


the fancied or real insecurity of capital, when not under the immediate control of its owner

Rhetoric does not decide whether Ricardo was correct or incorrect. If the risk of foreign investments, as accounted, does not overwhelm the additional profits, then the home country will monetarily profit by such investments. This is an objective accounting fact. Keen is implying that you shouldn't do it anyway, because foreigners are icky. You wouldn't want to be caught saying foreigners aren't icky, now would you?


The theory of comparative advantage would lead you to expect that in a world with very low trade barriers—basically the modern globalized world—most countries would have specialized trade profiles, so that they would score low in both ubiquity and diversity. This proved to be true of underdeveloped economies like Ghana, in which the top three exported products—fuels, precious metals, and cocoa—make up 81 percent of its exports. But it was not true of advanced economies like Germany,

Actually I wouldn't expect that, for myriad reasons.
This is a common trick, where Keen says something plausible, relying on the (reliable) fact the reader won't think about it carefully, if at all. And by 'common' I mean I expect better. This is low-class sophistry.

If you do think about it carefully, this fatally undermines Keen's point. He said earlier that open wine trade with Portugal would destroy England's (hypothetical) wine industry. (And this is bad because negative halo.) He says in this passage that the modern world has low trade barriers, as Ricardo wanted. Yet industries are not being destroyed. Uh, oops.

Here's a genuinely curious fact: Canada and America export substantial amounts of electricity to each other. I believe this is true of many other commodities. Trade must be sufficiently open, or they would be unable, yet regional specialization does not appear to be occurring, or if it is, it's occurring far below the scale of the federal jurisdiction. In any case, I certainly wouldn't have predicted it, and were Keen able to explain it, I would be grateful, despite his numerous intellectual sins. However, because I'm aware of this curious result, I wouldn't be so bold as to make specific industry level-prediction about English linens and Portugese wines in real life until I find out what's going on with North American electricity.

Keen isn't here for curiosity, though, he's here to make soldier-arguments for his side.

Steve Keen is not an economist. He is a Sophist. He employs economist-flavoured rhetoric, which politicians use if they dislike who he's throwing shade on. Keen chooses his shading targets based on who he wants to be friends with. If he ever says anything factually accurate, it's a coincidental accident.

I don't think Vox Day is actually dumb enough to fall for this nonsense. I believe he's exploiting the under-served 'foreigners are icky' propaganda market.
at 10:38 AM No comments: