Formalism is supposed to prevent violence, but instead encourages violence, in particular rare but catastrophic large-scale violence. It is supposed to be the political-formula-free formulation, but cashes out to right of conquest.

As a good formalist, we accept that it's nobody's business but the Turk's. However, this raises the question of why it's their business, and the answer is they marched a large army into Istanbul. Hence, formalism, far from being a solution to violence, actively endorses it. If you dislike a power distribution, all you need to do is formally declare war on it and win, whereupon the formalist will dutifully switch to your side.

Insofar as the war is indeed won, this is actually fine. It's a proof that the prewar formalist beliefs about who owns what was mistaken, and the war kindly corrected it.

The problem is that humans are manically optimistic. Wars frequently occur because of illusory opportunities. Hence, formalism in fact encourages the exact thing it is supposed to discourage. The only actual deterrent that's been found is to bodily threaten the person in charge of declaring wars. For example, pointing a nuclear missile at their face. (I suggest cryptographically signed assassination technologies as a cheaper and cleaner alternative.) Absent such deterrents, unwinnable wars are declared all the time, which cause vast destruction before the overoptimistic human in charge gets the message.

As a bonus, because political formulae are perverse, formalism encourages progressivism or other Sophist phenotypes. If you say coercion-legitimizing status comes from beating somebody up, then the true elite shows themselves by coercing someone without laying a finger on them and getting away with it, that is, using rhetoric.

By contrast, the anarchist formula of Exit (short ver.) implements the only other deterrent for war: disallowing coercion-legitimizing status and/or making the person who declares the war also pay for the war. War is obviously unprofitable; demand simply isn't high enough. I am curious to see how Exit's perversity would play out. If it's bad, I'm officially anarcho-pessimist.

As an aside, formalism also has two moral norms - violence is bad, and lying is bad. Moral norms have a poor track record as political engineering constraints. This is unsurprising given that moral nihilism obtains.
at 6:44 PM 7 comments:

Why I Am Not a Nationalist

Nationalists want to be ruled by someone like them.

Problem: the plebs, always and everywhere, are fucked. If they could rule, they wouldn't be plebs.

The rulers aren't like you, even if they look like you and speak like you. Who do you think let in all the foreigners in the first place?
at 9:46 PM No comments: 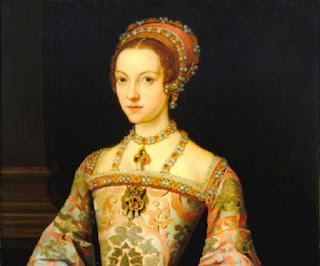