The temptation is to view the baby as upset, but in fact what he is doing is trying anything to get her attention, including screaming. This is why what he is is frustrated, and why it is called acting out.”


“This dumb statement is huge news because the player is white [...] The following crimes are (by this metric) less noteworthy than a racist statement (the utterance of a word) [...] child abuse, gun possession, DUI, drug possession, missing a court date, stealing from a casino, public intoxication, resisting an officer, assault, battery, disorderly conduct, resisting arrest, fighting, solicitation, street racing, and (last but certainly not least) attempted murder.”

Also worth considering: given no affect, what does the baby conclude about themselves? Children have a disturbing tendency to think what does happen to them is what should happen, and reason accordingly.
at 10:45 PM No comments:

AutoEngineering: I Turned Off My Psycho-Social Development

In adolescence I noticed I was becoming extra susceptible to conditioning, and that school was aggressively trying to condition me.

This post is subject to editing, because I don't know if I'm getting my point across or not. 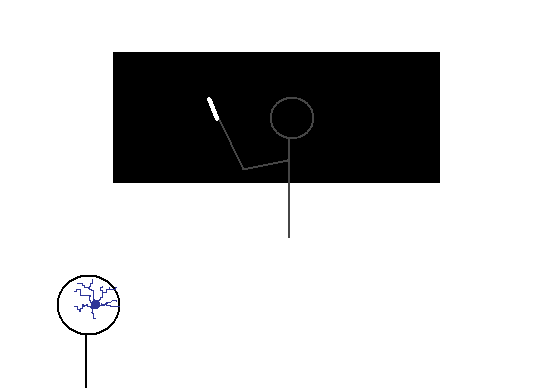 It felt roughly like this. I don't know why it looks like a tumour. Also the feeling was slightly outside my skull.

I still wanted good grades (foolishly) but rather objected to being conditioned.

So I willed it to stop. I recalled the feeling of the network, and added the idea of eye contact to get it to sit up and pay attention. I imagined myself telling it to shut down. It did.

Once I escaped school, I needed to get it to wake up again.

I repeated the recall image and then nudged it awake.

It turns out you can in fact delay developmental benchmarks if you want. The downside is you need to know, as a stupid kid, which benchmarks to play around with. I got lucky with this one, I broke some things playing around with this.
at 8:15 AM 24 comments: