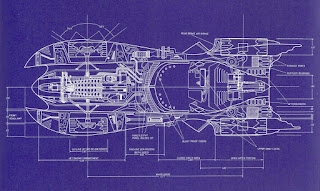 There is no discrete physical truth-machine. No veritometer. Whether a belief is held to be true or not always depends, ultimately, on human judgment. It is thus time to stop pretending otherwise, and appoint a Judge. Or rather, to note the Catholics already did this and appoint a Pope. More precisely, allow a Pope to appoint themselves.

Catholicism obviously hasn't worked out in the end. To repair this design flaw, I introduce at least one competing Pope, and thus introduce Darwinian selection.

Each believer will be able to follow their conscience toward whichever Pope strikes their fancy, whereupon they are required to believe whatever that Pope chooses to require of them. Generally believers will not be considered competent truth-seekers: instead the Pope determines the true answer to all questions according to whatever method their conscience dictates. If it is strictly impossible for a believer to follow an existing Pope, they shall themselves start a congregation, appointing themselves as Pope, thus increasing competition, thus selection, and thus the accuracy of the machine as a whole.

That would imply that evolution in general would select for brains that perceive the world accurately. Rather it selects for brains that perceive the world in ways that promote propagation of life. Exaggeration of dangers, picking up false positives, over confidence especially in males, filtering out anything not related to survival, instinct built on temporary conditions, heuristics. Pure truth is hard, even in the context of increasing intelligence, arguably even an evolutionary spandrel.

I'm talking about institutions, not brains. Institutions don't even have genders.