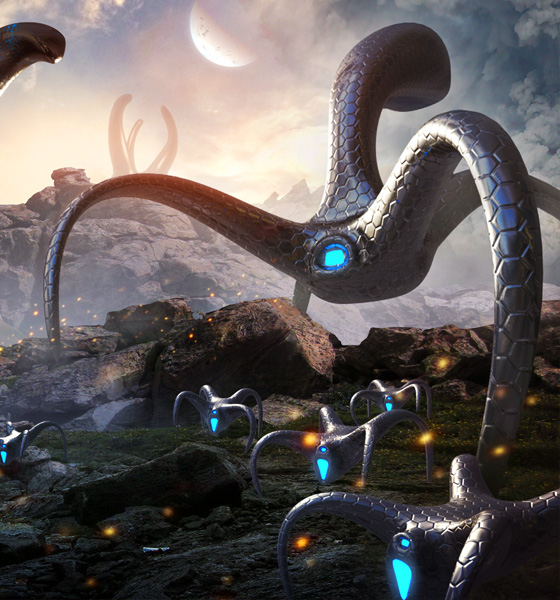 Except it was green. Evolution is smarter than you. If it were possible to convert Earth to self-replicator mass due solely to self-replication, it would have already been converted to biomass.


The two companies could get into a stable loop and end up tiling the universe with steel and mining-robots without caring whether anybody else wanted either. Obviously the real economy is a zillion times more complex than that, and I’m nowhere near the level of understanding I would need to say if there’s any chance that an entire self-sustaining economy worth of things could produce a loop like that. But I guess you only need one.

You have self-replication. You have the second law of thermodynamics. Hence, this economy has evolution. Meaning even if it does have the potential to tile Earth in mining and steel-smelting, it will evolve a smelter/miner predator which will halt the process.

More generally, doing stuff costs energy. If it were possible to tile the Earth with something, it would have happened. And it did: moist carbonic photosynthesis has tiled the Earth. It mostly wasn't that bad. Indeed oxygen (or an equivalent) is a necessary prerequisite for brains to evolve.

A steel/miner loop, or indeed any such loop, competes with this already-existing tiling for energy. It starves to death unless the steel/mining loop somehow maintains positive EROEI the entire way. The moist carbon is already evolving to eat plastics. It probably won't evolve to eat steel, though, because steel weathers too fast - that is, the air eats it before it's around long enough for bacteria genomes to notice it.

Speaking of evolution, if we add a 'mine coal' step, we're going to find that the steel forging has no particular use to the coal miner. Even if that is a stable loop, it won't tile Earth, it will tile the coal deposits, the way undersea volcanic vent life works. Only it will die when the coal runs out and then be dead.

Notably, moist carbonic life doesn't truly self-replicate. Almost all such life depends on an environment of other life forms. Only the system as a whole self-replicates. Even a perfectly isolated self-replicator, by itself on a lifeless planet, would likely evolve to specialize and thus lose its independence.
at 1:46 PM