Nazis have racist views of Jews. Proggies have racist views of whites. These are of course completely different, which is why the Nazis will destroy/save us all. Yes, I just noticed. I got to wondering if it was a coincidence, and it's not. I can't explain it mechanistically, though. It seems to be pure logic/magic. 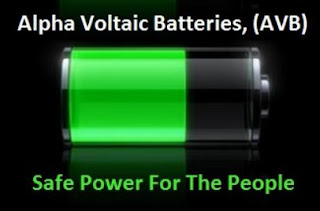 A car is based on explosions. Fire is what makes it go. Thaumaturgically, it should be loud and hot. But we can put a radiator and a muffler on it, and it's not that bad, unless it's been sitting in direct sunlight.

Demotism is based on envy. Thing about envy is you can't have it flopping around untethered. Have to have a target. Hence, market dominant minorities. Kulaks, Jews. Or, in the proggie's case, market dominant majorities. Not merely handy, but vital. Envy is what makes it go, but there's no such thing as a sociological muffler.

Marx tried to do it with classes. If you have racially pure nations, you work with what you got. Classes aren't really that unmistakeable, though, so it's not great. Further, immigrants always have a strong vote bias, so the party they vote for always wants to import them. Skin colour: now you're cooking with gas.

Even if proggies manage to prison-camp every white, inevitably they will want to import someone of a different shade of brown. They will try to exploit the envy of the original shade of brown, and the cycle will repeat. As always, as politics approaches communism, citizens must approach equal. The envotaic force must be allowed to do work. However, we are all equal if and only if we are all dead.
at 12:31 PM

The fewer nonwhites there are in a society, the better it gets. 100% white society is a paradise.

Can you say the same about Jews? No. Everybody is constantly trying to live away from them. Like with gypsies.

High - low versus the middle. De Jouvenel and Moldbug covered this.

i´ve reproduced your argument on one of my weblogs. with a wee bit of commentary.

I understand the argument, but saying Jews are not disproportionately part of the problem and key apparatchiks in the cathedral is willful ignorance. Using some kind of "hurr, durr just like progressives" argument is no refutation.

I didn't actually say anything for or against Jews here, if you'll look again. What I'm jeering at is the idea Nazis are right wing.

Alrenous, Japan can *also* make a fine country. Japanese homogeneity is desirable. Though even then, whites are the least discriminated-against foreigners...

But what you're saying does not transfer to Jews, Gypsies, Blacks, Arabs, etc.

Different ethnic groups aren't equal. Some are full of assholes. Nobody wants to live with the shitty ethnic groups, not even their own, they're all trying to move to Whitopia. It's great that Israel is trying, but unfortunately, high-quality Ashkenazim just don't want to move there. Israel is experiencing a net growth of crappy Jews and Arabs, and a net outflow of nice Euro Jews. Sad!

It's like you've never even heard of Israel. Fascinating.

Regardless, Nazis are still lefties.

That person has an anime "avatar". Perhaps best not to engage with such people.

You missed the part about Israel above, Alrenous? Use ctrl-F "Israel", that will help.

Like I said above: if our Jews would move to Israel, that would be great. Unfortunately, Israel is experiencing a net-outflow of the quality Euro-Jews, and a net growth in crappy religious jews breeding in large numbers (plus arabs). The better jews are all trickling into Whitopia, same as everybody else. We all know why.

@neontradition
I seem to be partially losing. It's no fun if you win all the time.


@oh_really
In fact, I did miss it. Do you have a cite for your assertion?

I do find it amusing that you've moved the goalposts, though. Or was that sloppy writing? In any case, want to address the assertion that Nazis are on the left?

Don't be facetious, I didn't move the goal posts.

"he fewer nonwhites there are in a society, the better it gets. 100% white society is a paradise.

Can you say the same about Jews? No. Everybody is constantly trying to live away from them. Like with gypsies."

Don't be facetious, no goal posts were moved. Japs weren't mentioned or excluded. You introduced Japs, and I agree that Japs can also make good societies, it's not complicated.

Nazis are Leftists. I didn't find it worth arguing, because it's obvious. I suppose you wrote so thinking you were making a clever point, because you assumed I'm a Nazi. I am not, I just want freedom of association, to exclude shitty people like gypsies, jews, etc from my neighborhood, corporation, city, or nation. Of course, jews want the opposite, and labor for banning discrimination, jew-quotas, apartheid, and so on.

Google "israel brain drain", it's about as controversial as "african population growing".

"Don't be facetious, I didn't move the goal posts."
I was hoping you'd say that.

Can you say the same about Jews? No."
Vs.
"It's great that Israel is trying, but unfortunately, high-quality Ashkenazim just don't want to move there. Israel is experiencing a net growth of crappy Jews and Arabs, and a net outflow of nice Euro Jews. Sad!"
Ashkenazim aren't Jews now?

You used a rhetorical technique that's for rehabilitating, in this case Nazis, while having plausible deniability. If that's not what you intended, you should not have used it, as it makes you look intensely dishonest.

"because you assumed I'm a Nazi. I am not"
If you don't want to be associated with Nazis, don't bring up the JQ almost out of nowhere. The original post was agnostic as to what makes the minority market dominant, because I don't care.

Further, when it becomes obvious that you've attracted the association - because someone mentions the issue explicitly - it's best to deal with it immediately, rather than on the third try. Otherwise, it looks like you're trying to dishonestly dodge the issue.

"I just want freedom of association"
In which case races are entirely irrelevant, especially in a theoretical blog post. Thus, your obsession with race makes you look dishonest or illogical, and bringing it up makes it look like the nuance of my post escaped you.

"Of course, jews want the opposite"
And the goalposts get whiplash! That's gotta hurt!

"Google "israel brain drain", it's about as controversial as "african population growing"."
Oh dear, this makes it look like you don't check your sources, even. Sloppy. Makes me feel better about skipping parts of your comments, good work!

"The number of academics living abroad has halted its increase and remained steady between 2012 and 2014, after an increase of 19 percent between 2010 and 2012"

Not controversial? Yes, it's apparently the opposite of your claim that's uncontroversial.

"Yet, ask these people where they see themselves in five or ten years, and many of them would not flinch before answering: in Israel. Their reasons for leaving are largely financial or educational. Yes, some settle down in their adopted countries, but a surprising number of them come back."

While one successful prediction does not a successful model make, it certainly waggles its eyebrows suggestively.

Further, showing that there's net PhD emigration does not address the problem of net brown folk migration, making you look sloppy again, and even further, if Israel has brown immigrants, it shows that, in fact, lots of folk want to live around Jews. Which is, sometimes at least, the opposite of your thesis.

With triple dishonesty flags and failing on the factual front, it seems neontradition has been vindicated. Bravo Neon!

I have nonetheless learned that Israel sometimes has a brain drain problem. Ignorance vanquished, etc.

Airlines of Ignorance have enjoyed your thrashing. Feel free to ride again!

Your inference makes no sense. You're imputing what I'm saying to mean that an Israel of 100% Euro Jews is also a paradise, equal to a society of 100% whites. But that's not what I said, nor what I meant, and of course, that's not the lived experience. There is no stream of 1st world gentiles wanting to move to Israel. It's Jews moving, in the other direction.

I agree that Jews can make a nicer society than even shittier people like Palestinians and Ugandans, who want to move to Israel despite world-famously sociopathic treatment by the Israelis (and wow!). If you like, you can make a big deal that I exaggerated when I said that "everyone" wants to get away from them. :-D Israel is nicer than bottom-tier African countries.

"I just want freedom of association"
In which case races are entirely irrelevant
Haha... you're just pretending to be obtuse. You understand perfectly. As soon as people are permitted to discriminate as they wish, there will be areas which say "no gypsies", etc. Some people will have to be eternal wanderers, because they are not wanted.

"Of course, jews want the opposite"
And the goalposts get whiplash! That's gotta hurt!
This is written in reply to your query of what my own ideological position is. My description of my own preference is a separate subject, distinct from the original topic of the desirability of Blacks, Jews, Gypsies, etc. as neighbors and society builders.

While one successful prediction does not a successful model make, it certainly waggles its eyebrows suggestively.
Uh huh. You've googled and cherrypicked whatever articles minimize the drain. And in those cherries, the best you can find is a suggestive eyebrow waggle that the drain is perhaps halting. I'm pleased that you learned about the existence of the Israeli human capital outflow (coupled with the inflow and birth of lesser stock), but my pre-conceived notions are unmoved.

Don't get me wrong, if evidence ever does emerge of Israel beginning to actually pull the diaspora back up again, that would be marvellous. I could only wish. Unfortunately, it hasn't yet.

Want to try something else amusing, Alrenous? Try to google for "israeli backpackers". :-D Page after page after page of hate. Scroll around, explore. See if you can find any other nationality of traveller who is even close to being as universally despised and loathed throughout the globe, from Nepal to the Andes. Try doing a google image search of "no israelis", see the collection of signs, ranging from those anti-semitic Tibetans, to the crypto-nazis of the Phi Phi Islands. Do you think that these people are as desirable as Norwegians?

"Everybody is constantly trying to live away from them."
Vs.
"a net growth in crappy religious jews breeding in large numbers (plus arabs)"
Right, so what does 'everybody' mean again? While it's normal to not really know what you think, normal isn't good enough around these parts.
"You're imputing what I'm saying to mean that an Israel of 100% Euro Jews is also a paradise"
Goalposts. Or is this motte and bailey? Smells more like motte and bailey.

Basic logic: try it, it's good for you.