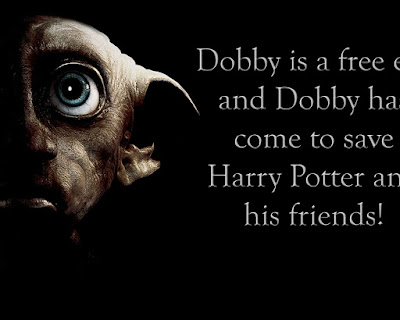 
"The conventional word is impact. Impact implies social status: it determines how often you get laid, and with whom. [...] To have impact, you must have an effect, and that effect must not have happened without you. [...] there is no impact unless you (a) produce some change, and (b) do so against some resistance."

Democracy is supposed to lead to policies that the governed consent to. But what kind of loser does what they're supposed to? You know you're really high status if you can provoke maximum dissent and get away with it. Thus we have a competition to implement the most pointless yet destructive policy.

Divine right leads to satanic kings. Sure you can do what God probably wants, but you know you're really high status if you can embody pure heresy and get away with it.

Aristocracy, the rule of the most virtuous, leads to rule by the most depraved reprobate.

Right of conquest is more stable, as it's pretty hard to argue that you weren't beat up when you were. Plus if you argue too hard you get beat up again. This leads to rule by wordy priests. You know you're really high status if you manage to rule without laying a finger on anyone, so as soon as the conquistadors become demoralized or tired, priests seize everything. (You are here.)

Pure ethno-nationalist democracy is worse. Not only will they compete to make pointless yet expensive policy, they'll compete to be as foreign as possible. The Cathedral's core is still mostly white...do you really want to see what a mature ethnat Cathedral would look like?

Pure plutocracy would probably lead to rule by priests again. You know you're really high status if you can tell folk what to do after taking a vow of poverty. You wanna give it a shot? For Science? Maybe it would be warriors beating folk up again instead. Thug intimidates rich dude until he's appointed Evil Vizier. Fuck accountability, am I right? Of course I'm right.

Neocameralism is probably a special case of plutocracy. If you're rich enough you can buy the corporation/country. Hence, the game becomes how few stocks you can own and still get the CEO to do what you want. Alternatively, sabotage the CEO's reputation with the owner, thus getting them fired, until they go so far down the list your buddy gets to be CEO.

Finally we come to Exit.
Exit is still pretty good. Like conquest, it's hard to argue that North Koreans can leave if they want to. Similarly, even in NK, it's hard to restrict the movement of the more important members of society. Nonetheless, if Exit is the formula, the game becomes how much of a prison state you can construct and get away with it. And since everyone will be trying it, there will be a sort of voiceless collusion.

Basically you want your formula to be 'a legitimate state tortures and imprisons everybody.' However, this isn't a viable formula for legitimizing coercion: it doesn't seem legit to anybody. Hence the non-exploitability.

The solution is to convince dire apes that coercion is evil.
(Is the joke sufficiently clear?)
at 4:35 AM

spell it out for us dour apes

Dominance hierarchies are the basis of all social systems in nature.

Wow, that is pessimistic:

Democracy is supposed to lead to policies that the governed consent to. But what kind of loser does what they're supposed to? You know you're really high status if you can provoke maximum dissent and get away with it. Thus we have a competition to implement the most pointless yet destructive policy.

It does possess a certain, inescapable plausibility, though, doesn't it?

The dire ape status system is sort of Satanic. It might be Gnon's fault.